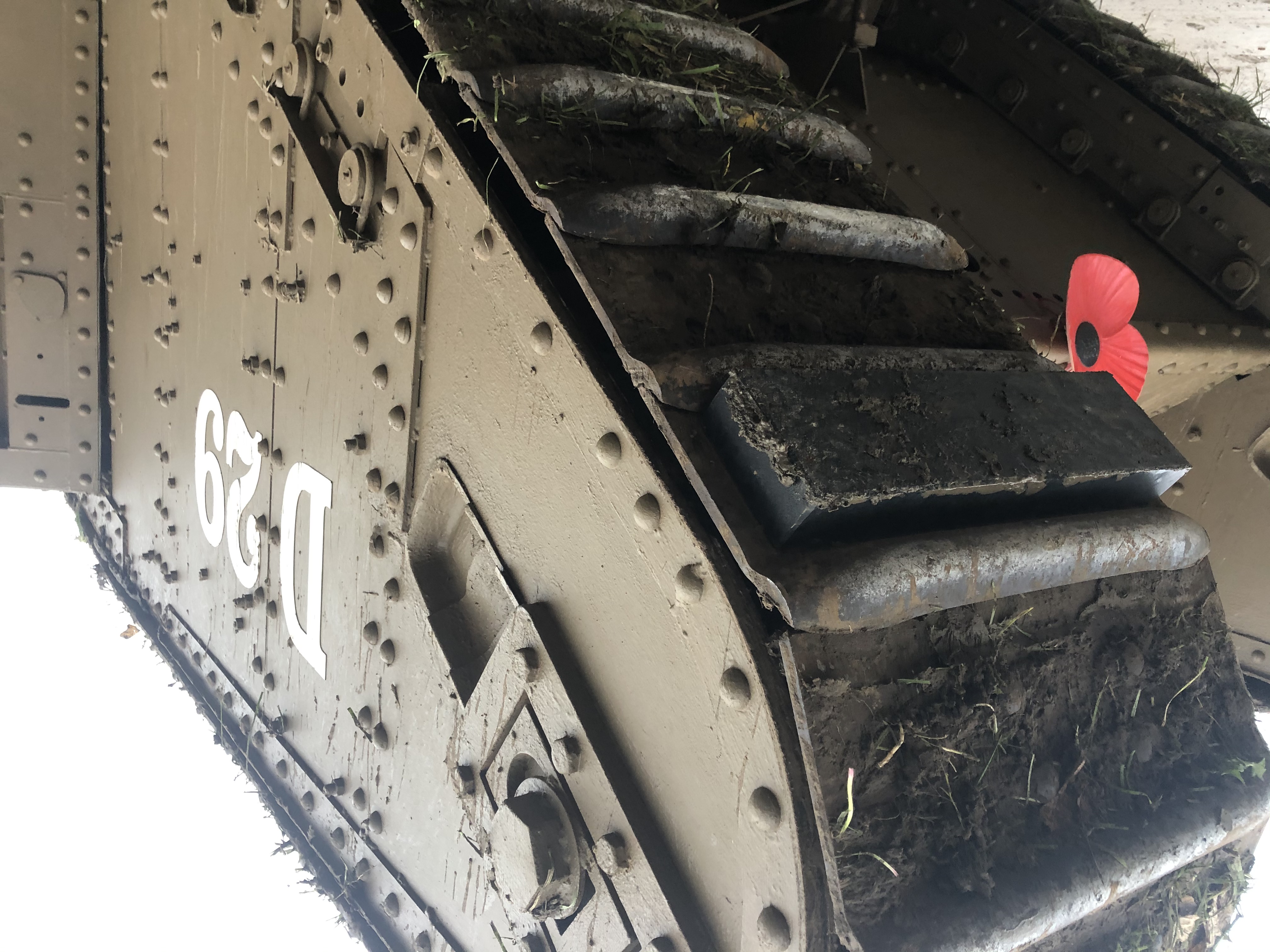 The idea of using rubberpads

The problem with the tanks here in the west corner was that they were constantly stuck in that clear blue clay. Everything was shot, 300,000 bombs were fired, so many bomb craters to avoid or to continue driving with these tanks. Grip? If you have hardly any, clay sticks to the track shoes, creating a smooth surface. They had selected a lot of systems, such as spuds, or torpedo's, but on hard surfaces these had to be taken off. In 1917 I invented a metal tray with a wooden block in it, to be able to drive it on both surfaces.

A tank that got stuck on the Meenseweg had these blocks, see photo! So this rang a bell for us because we cause a lot of damage with the tank on asphalt and we ourselves have almost been stuck in muddy ground at Pondfarm. So the idea came up to provide rubber pads as shown in the picture. As soon as we find money again, we will start with this phase. The tests have already been carried out, blocks would be provided with brown rubber. Thanks to Rowly Moores from Dorset (England). Sponsoring is still possible, with you're help we can finish this project! 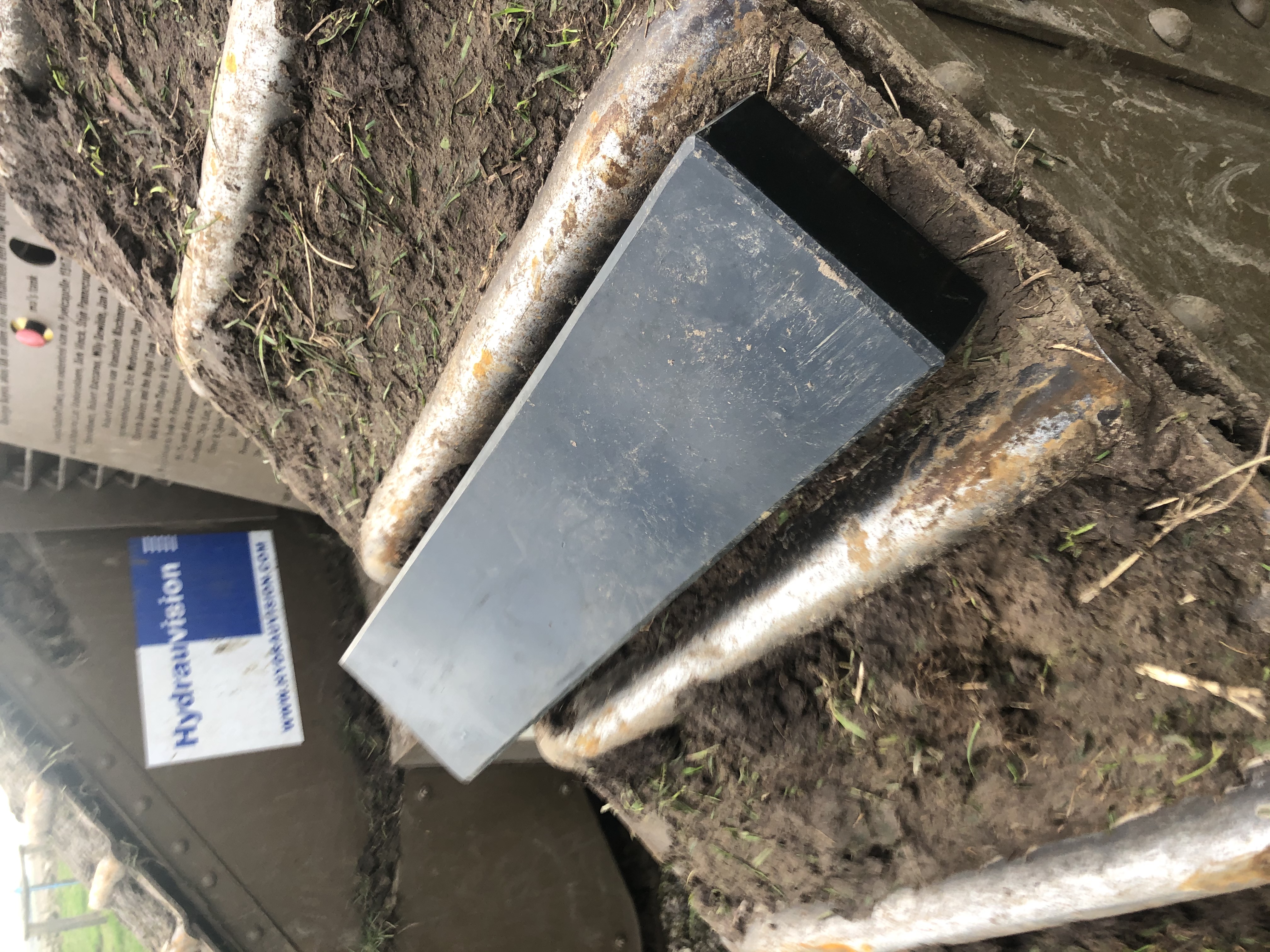 Many tests have already been carried out with the tank and each time we encountered the same problems as 100 years ago, luckily we can make adjustments thanks to the new techniques. Hopefully we will have more grip in the field, less friction on trackplates. 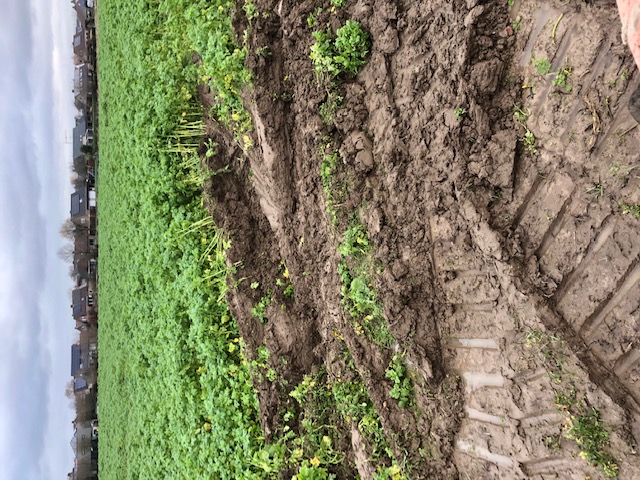 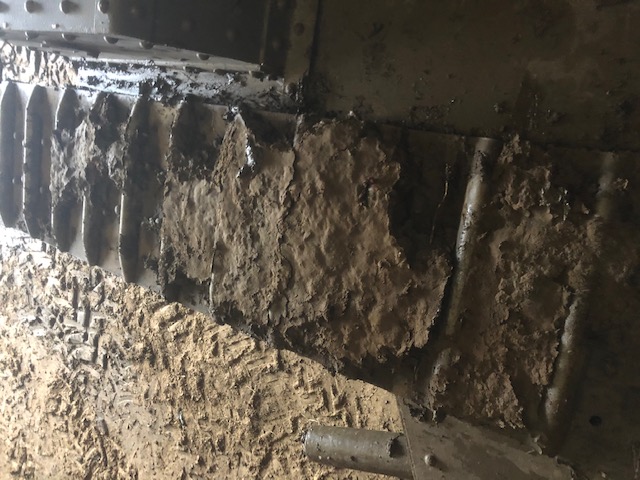 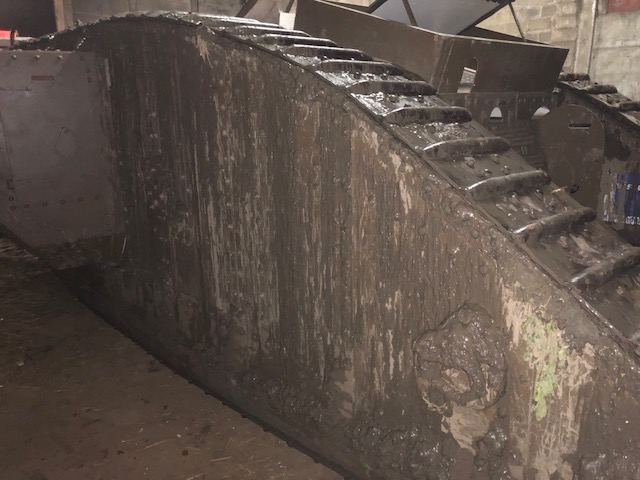