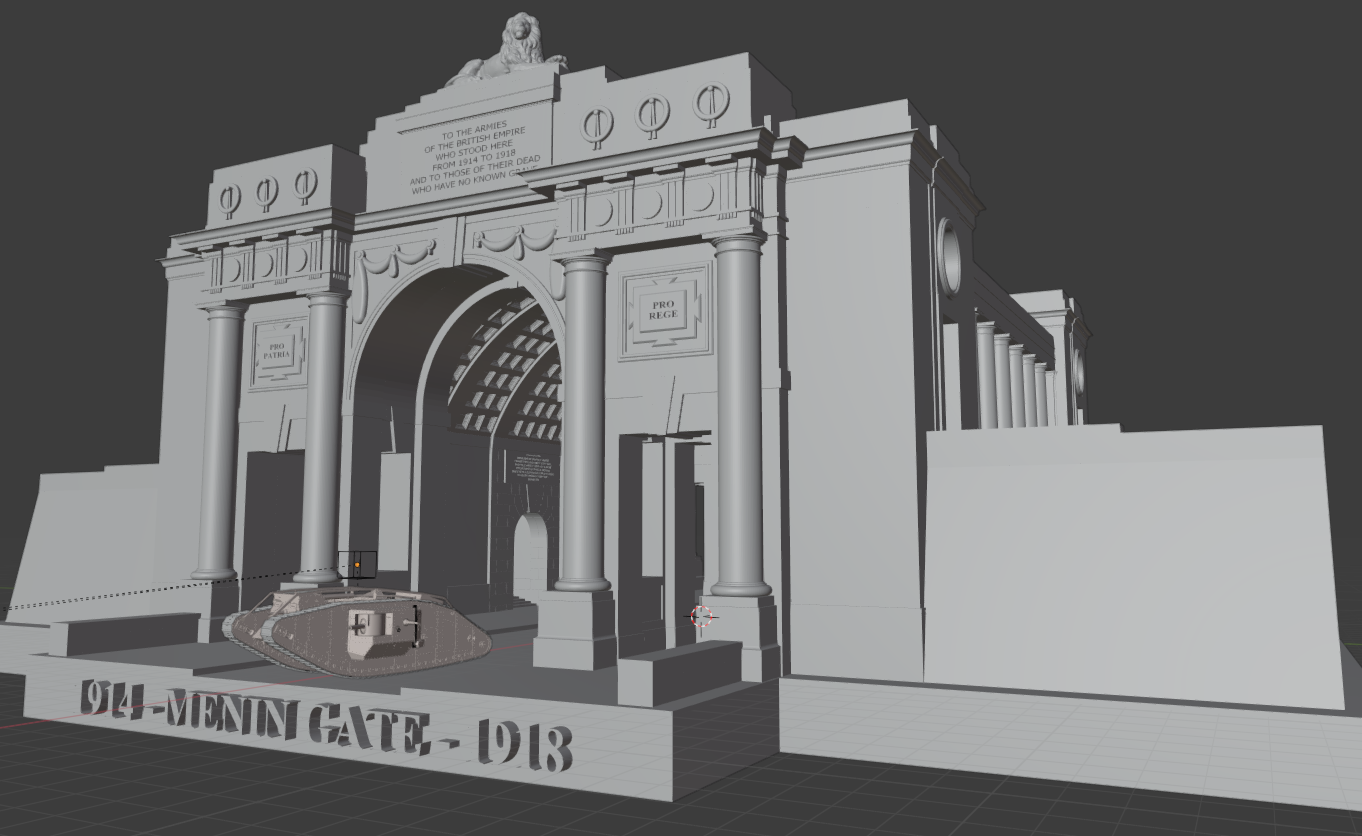 The dream of Johan Vanbeselaere and the group is one day to be able to stand with the replica tank in front of the Menin Gate as a commemoration of the War. That's why we have the name ` Ypres Salient Tanks'. We know that these tanks were 'war machines' and did a lot of damage, but they also helped bring peace  faster during the war. About 120 tanks have been driven around here in the Ypres area. There is evidence that these MkIV tanks where driving through the city of Ypres, one of them came even close to the St-Pierre Church. See here.

In 2017 we got the chance to drive the first and last Leopard of Belgium in exchange we would go with the Mark IV to the National Holiday on July 21, 2018. We started at the barracks to drive to Zonneke for an inauguration at a tank monument. There had been a tank on the track in Ypres since WW2. A unique experience for us, see the video below!