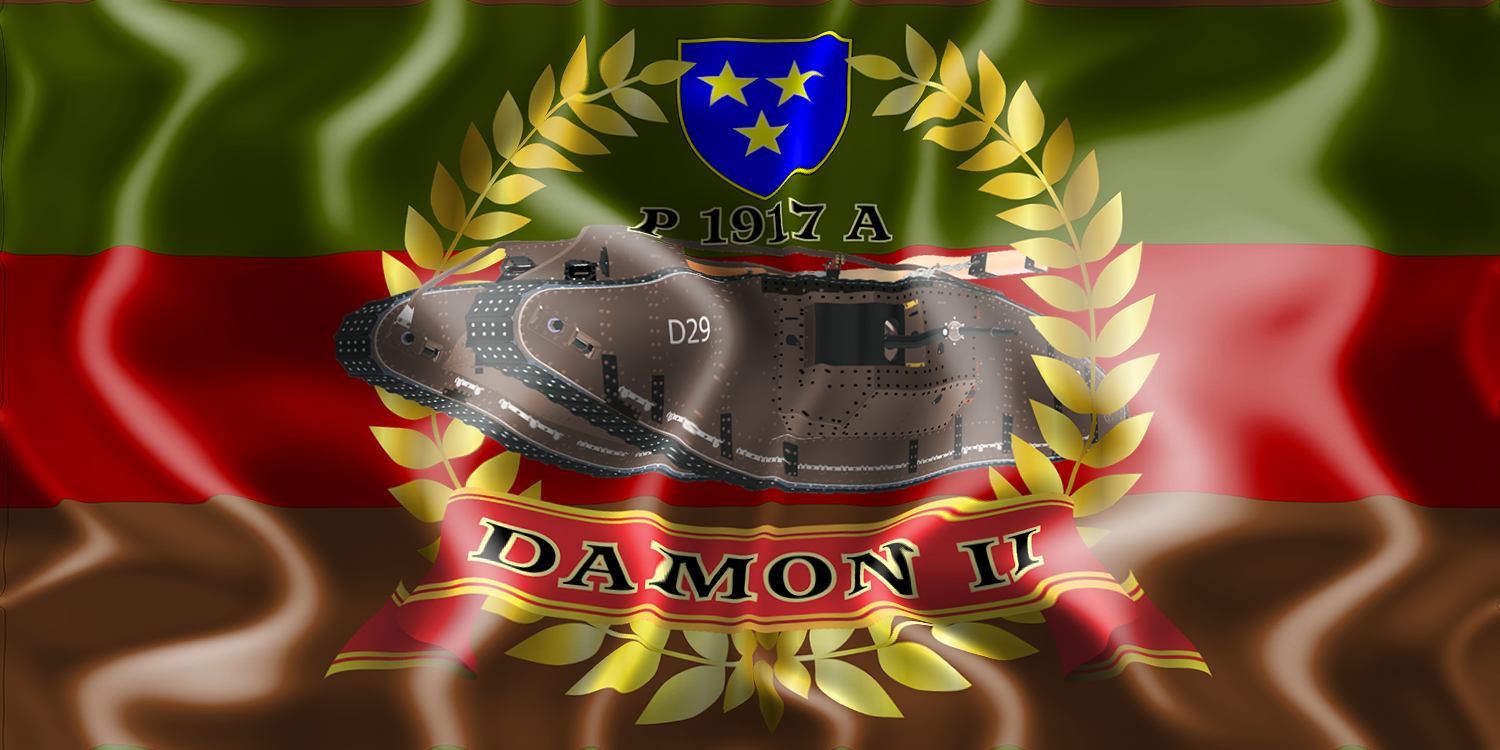 The Flag of the British Royal Tank Regiment! Fear Naught!

The formation of the Royal Tank Regiment followed the invention of the tank. Tanks were first used at the Battle of Flers–Courcelette in September 1916 during the Battle of the Somme in the First World War. They were at first considered artillery, and crews received artillery pay.At that time the six tank companies were grouped as the Heavy Section of the Machine Gun Corps (MGC). In November 1916 the eight companies then in existence were each expanded to form battalions (still identified by the letters A to H) and designated the Heavy Branch MGC; another seven battalions, I to O, were formed by January 1918, when all the battalion were changed to numbered units. On 28 July 1917, the Heavy Branch was separated from the rest of the Corps by Royal Warrant and given official status as the Tank Corps. The formation of new battalions continued and, by December 1918, 26 had been created though only 25 battalions were equipped with tanks, as the 17th had converted to armoured cars in April 1918. The first commander of the Tank Corps was Hugh Elles. The Corps saw much action at the Battle of Cambrai in November 1917.

'From mud, trough blood to the green fields beyond'