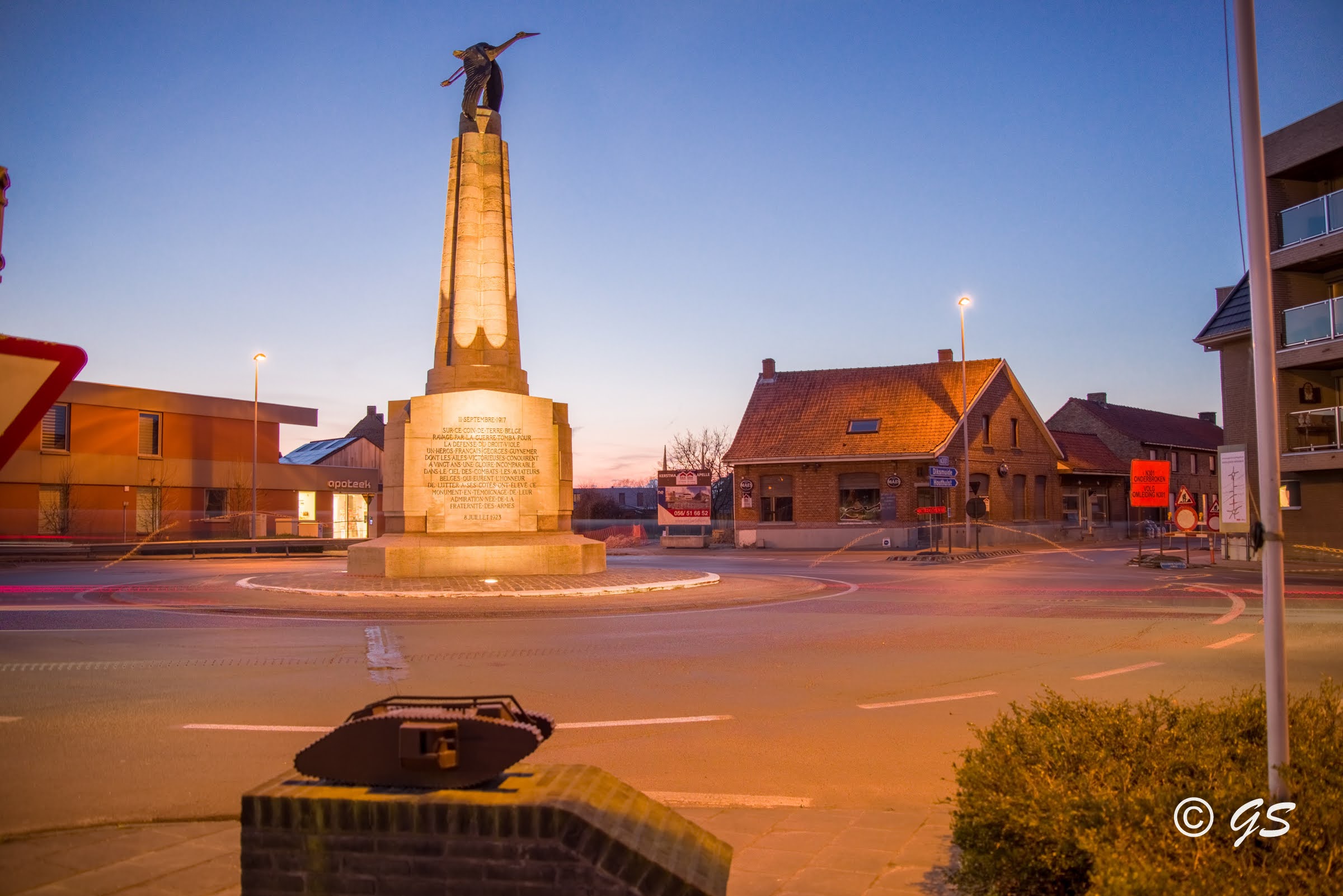 Café de swaan will undoubtedly bring back fond memories for many people. But in addition to the local population, a lot of tourists used to come here. Not only the Guynemer monument but also the location itself attracted a lot of French and English. Our British Damon II tank stranded here on 9 October 1917, rebuilding started in 1921 to start with the swan. Shortly afterwards, the Guynemer Monument was added in 1923 and the tank was in turn moved to the market. Dozens of old postcards still bear witness there. And in all those photos it is clear to see the establishment in the background.

Above you see a rare color photo of the Swan and the tank on May 3, 1922! The Guynemer Monument was not there yet! See also the letters 'D29' on the tank. 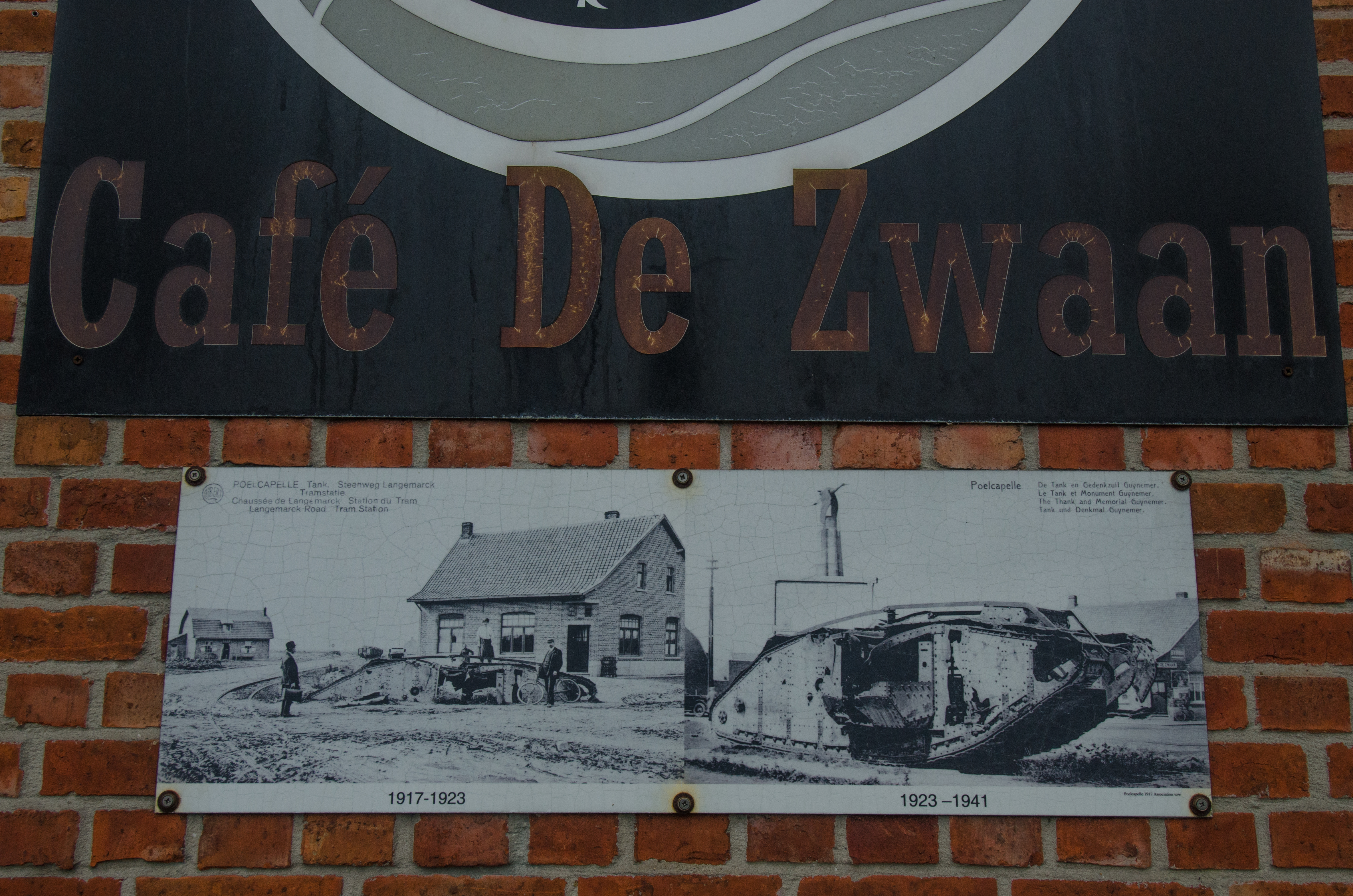 This was the information sign that hung on the wall of Café the Swan, before demolition this plate was disassembled and is now attached on the backside of the tank. 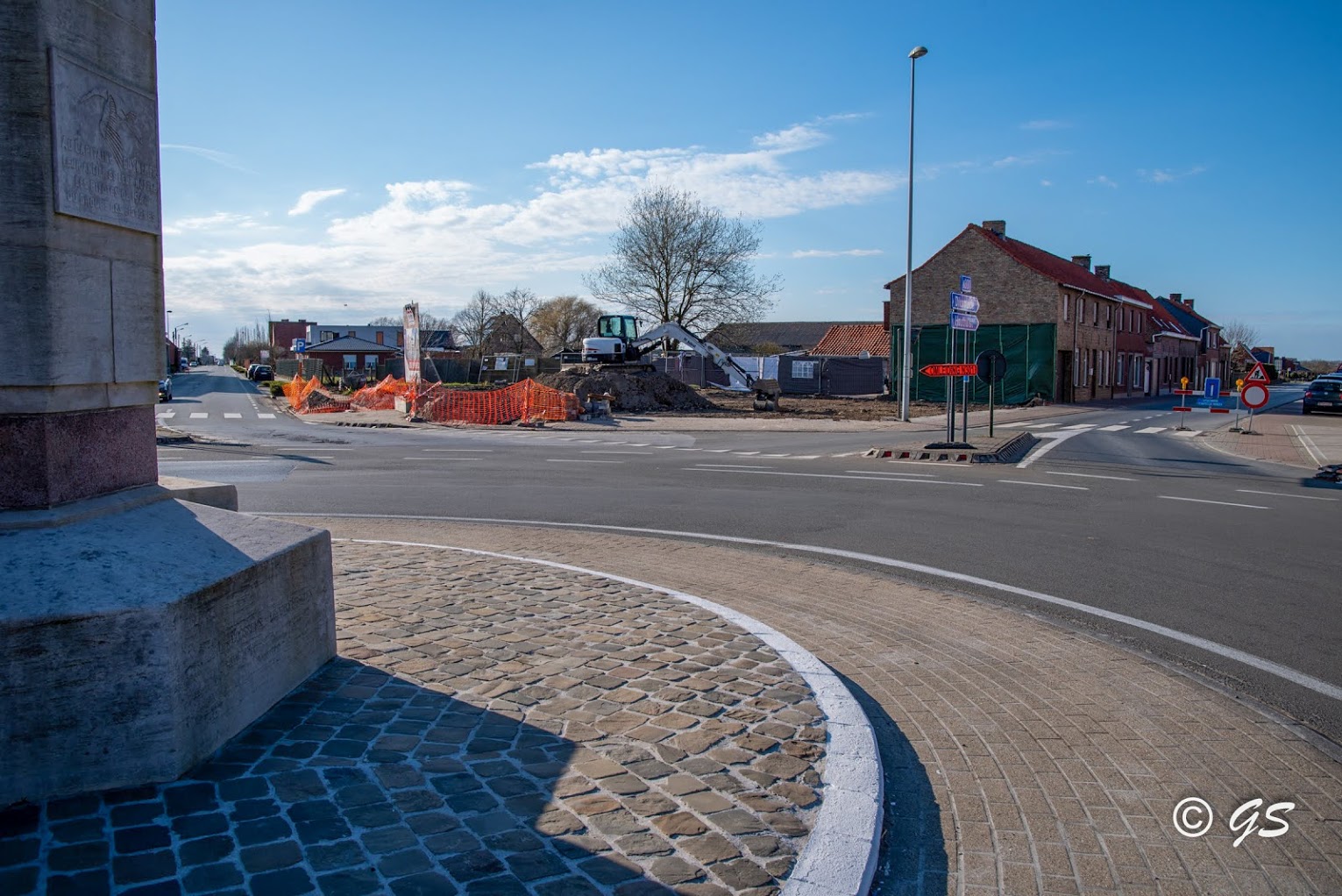 In 2018, the swan was eventually demolished for a new apartment building.

Last opening of Café the Swan before demolition.