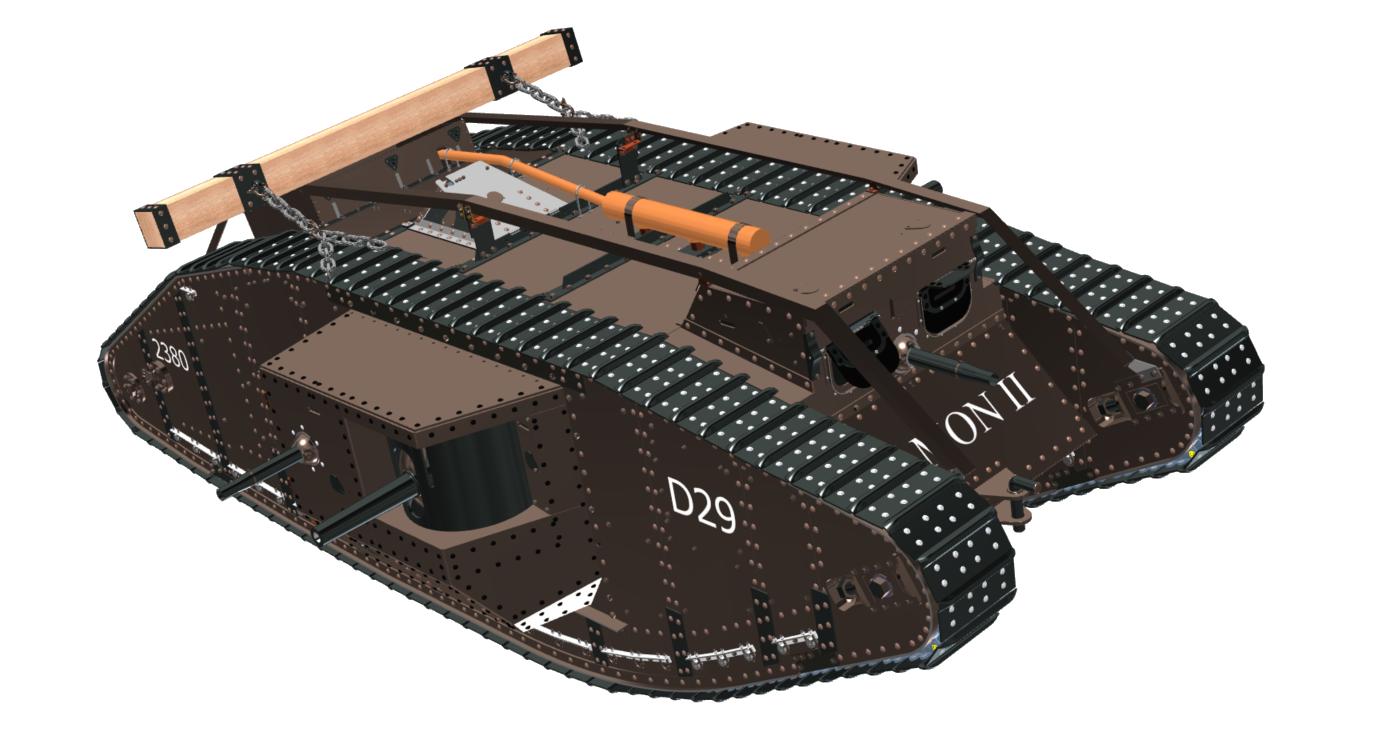 The unditching beam of the MKIV tank

When about 30 tons were trapped in a bomb crater of blue clay / mud then the tank was the bird for the cat! They had selected several ways of which the beam was the most effective system. At the top of the tank, there was a manhole through which a soldier could crawl through so that he could tie the beam to the track shoes. As soon as the tank moved, the bucket was dragged over the rails, it fell down, causing the tank to run over the beam and come loose. The beam came back up on the roof at the back so that it could be disconnected again. A very effective system, which we hope to be able to demonstrate in the future.

In addition to the unditching beam, torpedos, spuds or wooden blocks could be mounted on the tracks to provide extra grip, but they often had the barbed wire hooked in. In Cambrai they had 'fascines', which were large bundles of branches that were rolled up and that lays on top of the roof. They rolled this out over the mud so that the tanks could drive over. Many systems, but they were not good enough to be a success here in Flanders.

In 2018, Stijn Butaye discovered 2 original unditching beams on the Pondfarm, both of which were used on their farm by the previous owner as corner posts on their land. Due to the tank project, the special trapezium shape was recognized and the beams were quickly excavated and preserved at the Pondfarm collection. 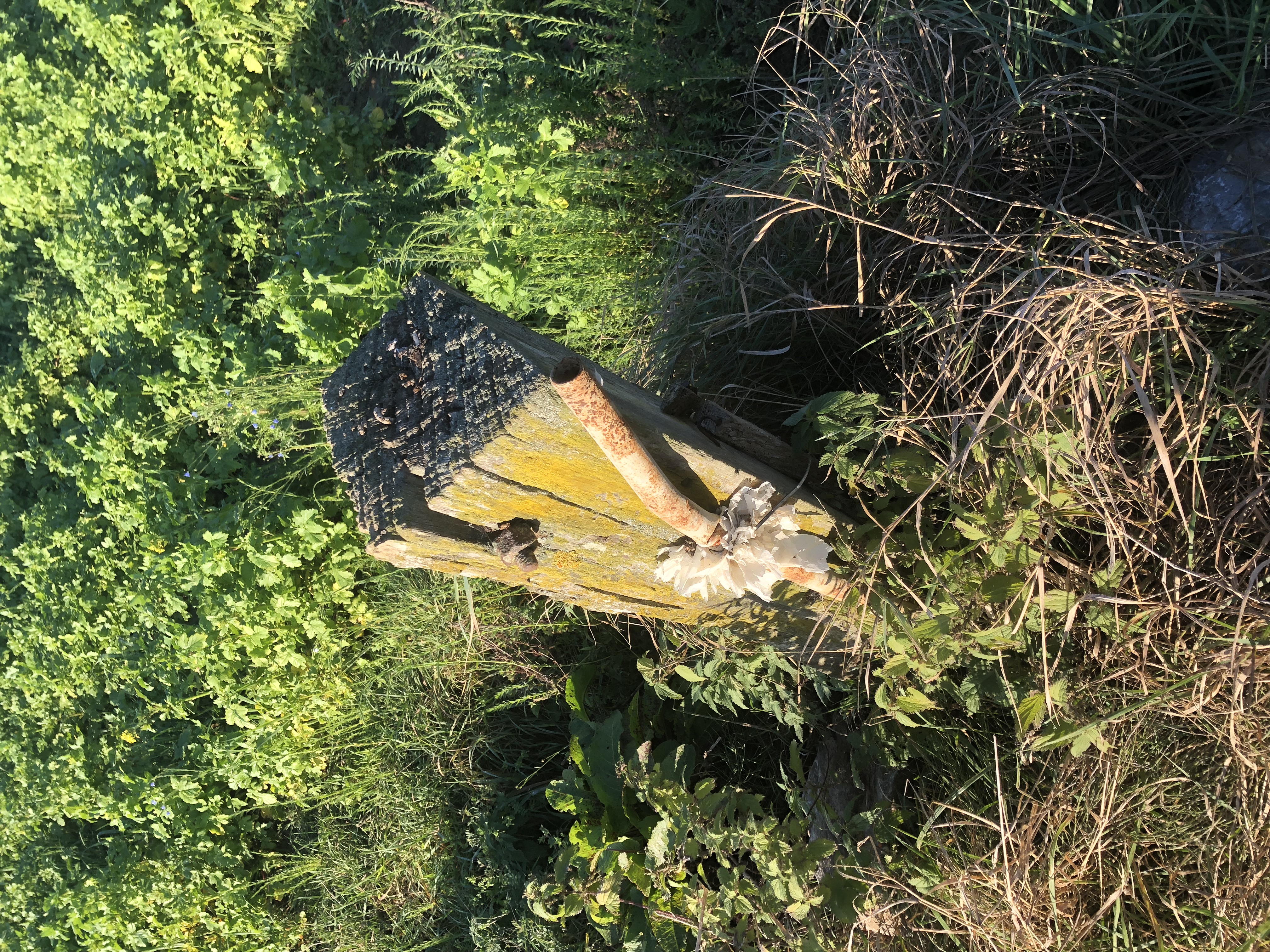 With many help of Rowlie Moores we are able to build a Replica Beam, the chains came from a shipyard in Southampton, the beam comes from a 300years old barn in Salsbury (ca. 1720). Watch here for more pictures. 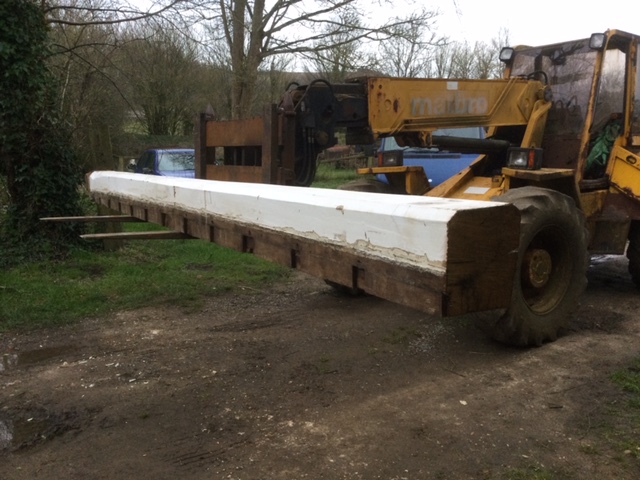 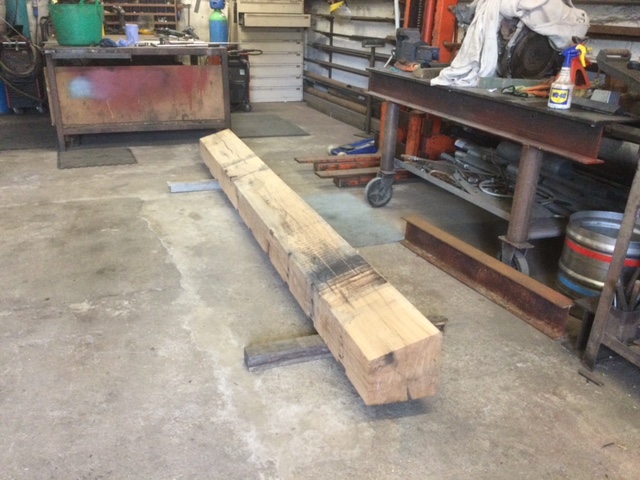 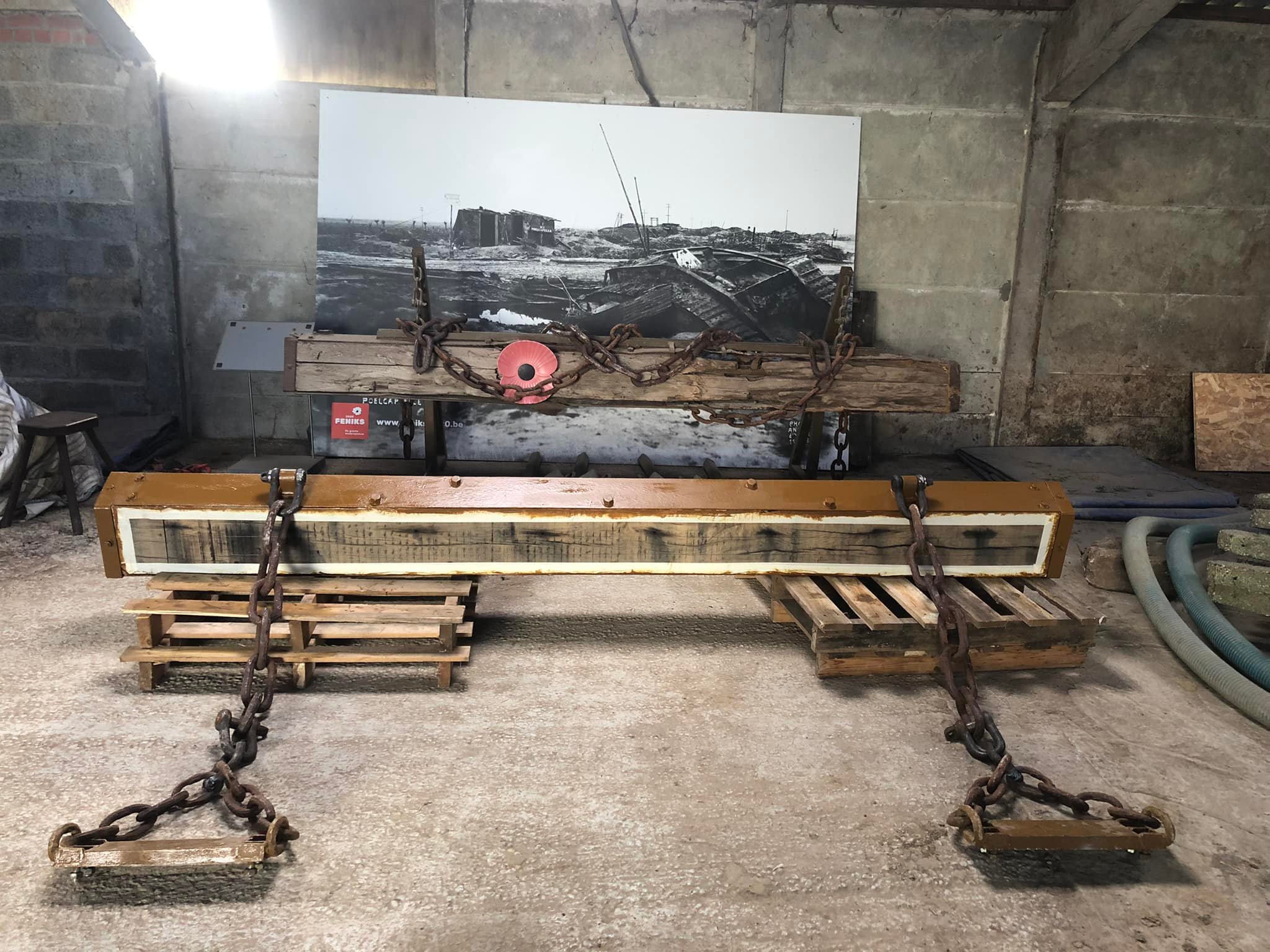