Some Data from the Zeppelin Stakes:

In 1981, the farmer and the then ships of Poelkapelle Daniël Parrein, plowed on the wreckage of a plane from the First World War. 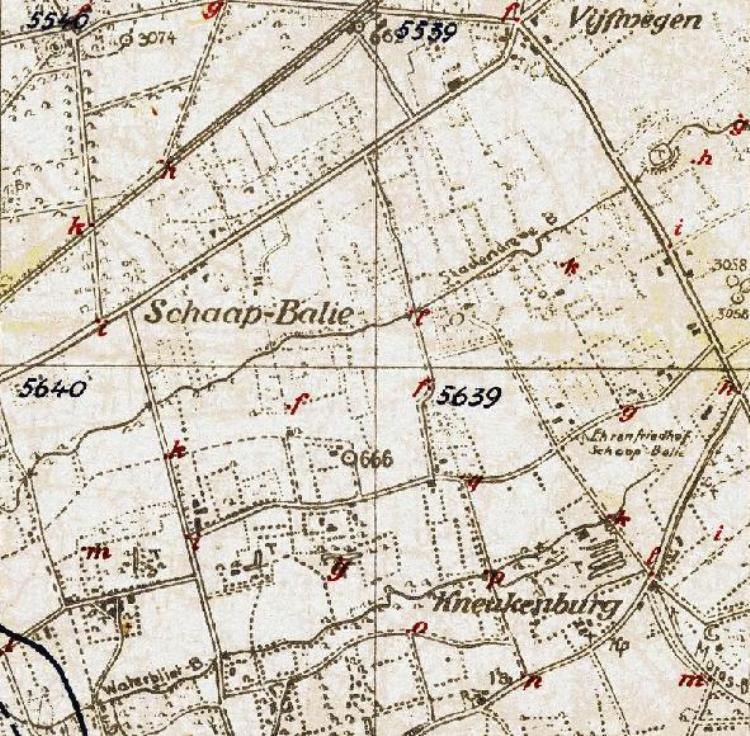 It soon turned out that it was a German aircraft and not the plane of the French air hero Georges Guynemer, as some had initially suggested.

Further research did not provide clarification and the documents were sold to Piet Steen, member of the local "Georges Guynemer" commemoration committee.

On a working visit to the "Musée de l'Air et de l'Espace" of Le Bourget near Paris, to prepare for the commemoration of the ninetieth anniversary of Guynemer's death (1917), Mr. Steen asked the advice of the technicians of the "Memorial Flight" department, specialists in repairing historic aircraft. After examining the photos of the fragments, they came to the conclusion that it could be a heavy German bomber. This advice was of decisive nature for further research.

Together with the military personnel of the "Royal Museum of the Army and the Military History" in Brussels, the fragments were compared with a still preserved Mercedes IVa engine from a Gotha bomber. A few established similarities stimulated Mr. Steen to continue the search. A nameplate named "Gustav Heyde-Dresden", a manufacturer of optical material, put him on a dead end at the "Deutsches Museum" in Berlin.

Solutions sometimes come from an unexpected angle: his friend Herman Vanhoutte from Wevelgem, gave him the golden advice not to exclude the Zeppeling-Staaken RVI devices. These were indeed also equipped with four such Mercedes IVa engines.

A literature study showed that a Zeppelin-Staaken would have crashed in Westrozebeke on April 21, 1918. The location of the wreckage is indeed on the territory of Poelkapelle, but only 100 meters from the municipal border with Westrozebeke removed. So the research went that direction. 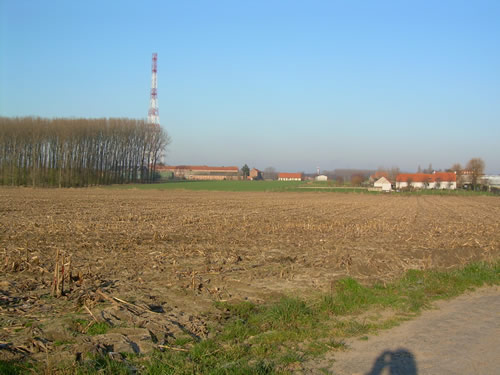 The German victim lists of the crash of 21 April 1918 were consulted. Info was looked up over the Rfa 501 (Riesenflugzeug Abteilung), which operated from the airport of Scheldewindeke near Ghent, from where the aircraft was last lifted.


When it turned out that the "Air Museum" in Krakow (Poland) was the only one in the world to own a motor-powered gondola from a Zeppelin-Staaken RVI, Mr. Steen took over a German, Mr. Thomas Genth, grandson of a Gotha pilot (Bogholt). 3, Sint-Denijs-Westrem), contact with this museum in Krakow.

Technical drawings were made, photos were exchanged and the fragments were accurately compared with the parts of the gondola in Krakow.

Investigation of the reduction section between engine and propeller gave a first confirmation of their suspicion. Later the engraved number plates with the aircraft number, levers and larger pieces came to prove the evidence: the found fragments came from the Zeppelin-Staaken RVI R34 / 16!

In the night of 20/21 April 1918, the Zeppelin-Staaken RVI R34 / 16 had carried out a bombardment on Saint-Omer, presumably on the main base of the Royal Flying Corps (forerunner of the Royal Air Force). On the way back, the aircraft was shot down on the front line, presumably by anti-aircraft guns or by British night fighters. The seven crewmembers: Hans Sturm, Johannes Leistner, Wilhelm Wiech, Hermann Böse, Peter Antoni, Gustav Kinzle and Martin Böhme were killed. Four crew members finally got their final resting place at the Deutscher Soldatenfriedhof in Vladslo. The remains of two others were repatriated to their hometown to be buried there. To the tomb of Peter Antoni is still being sought. Presumably he was also transferred to his hometown Cologne or he is still resting at the scene of the crash.

Mr. Steen is convinced that his discovery will give a new impulse to the historical research concerning the deployment of these giant bombers during the First World War.

In view of the fact that the discovery undeniably has a great historical value, this was officially reported to the competent authorities of the Flemish Administration. A copy of this was sent to the German embassy in Brussels at the same time.