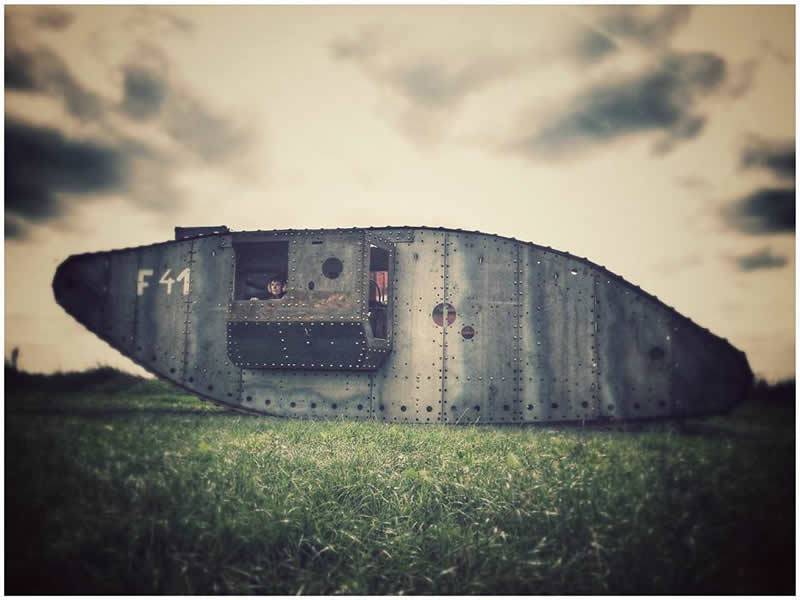 "The bottom plate of the Fray Bentos (named after a brand of preserves, ed.) Was far too low to drive over the bumpy terrain and the tracks had no grip anymore. The nine-headed crew also could not go any further, because they were shot at by both the Germans and the Allies. They wanted to prevent the colossus from falling into the hands of the enemy. They were stuck in the no man's land for no less than 72 hours. One of them was shot, but the rest managed to survive without too many injuries, surviving on the water from the radiator. It was only in the middle of the third night that they managed to escape and to find the relative safety of the British trenches. "The story of the Fray Bentos was filmed in 2014 and in the spring in Zonnebeke 'De Laatste Braedy', the comic strip presented by Ivan Petrus Adriaenssens, in which the tank is central. 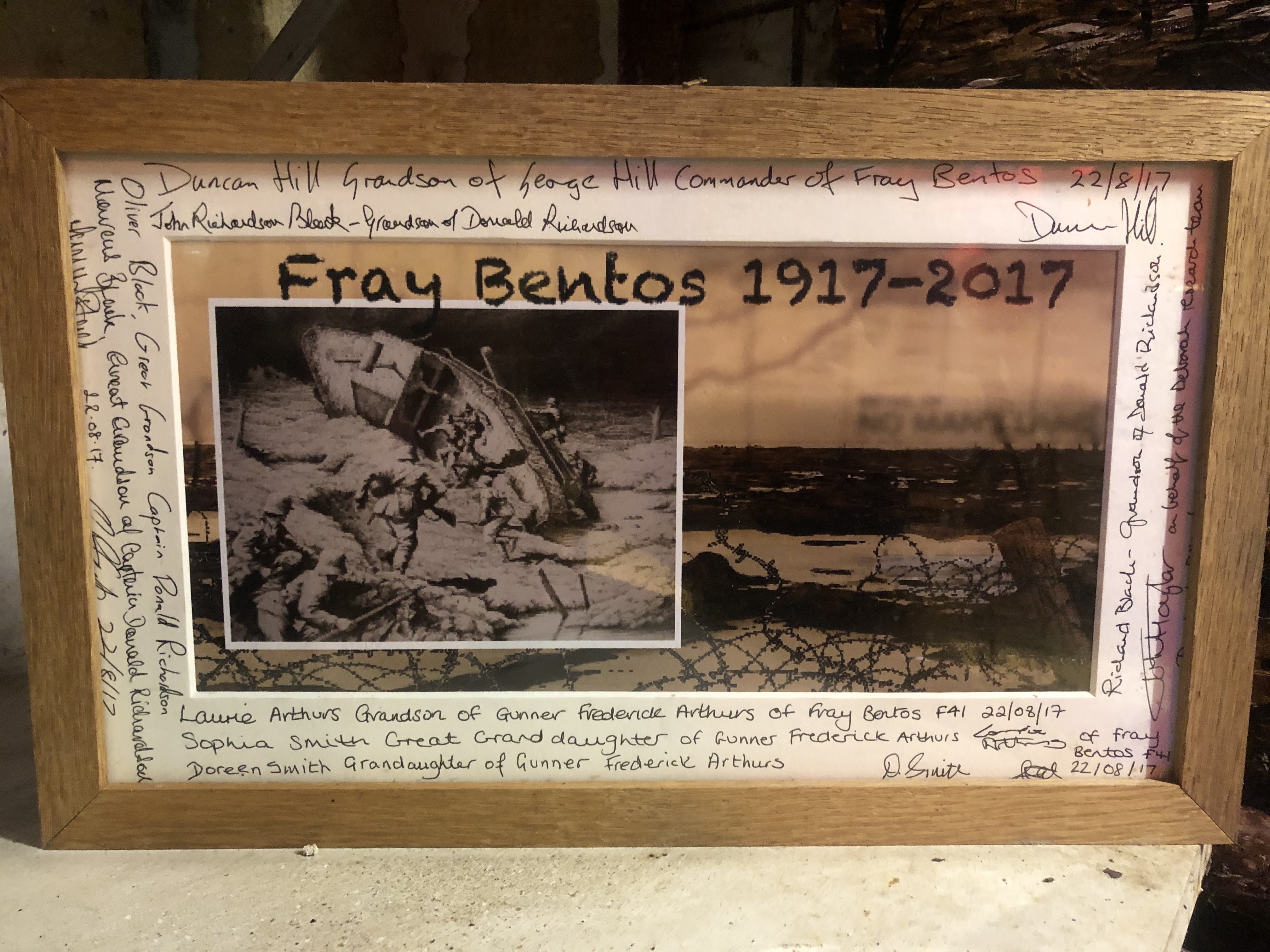 On August 22 it was exactly 100 years ago that Fray Bentos got stuck on hill 35 and from the tank comité came the idea to set up a memorial event around it. All the family's where asked to sign the frame on this photo above, except the family of Ernest Braedy who is still missing.

Johan Vanbeselaere, who had been behind the idea to build a Mark IV tank from the First World War for years, is one of the driving forces of the '72 hours of Fray Bentos'. "The tank that we have replicated ourselves has cost a lot of money, which was gathered thanks to sponsors, among other things. To thank them we came up with the idea to let them ride our replica on 22, 23 and 24 August on the terrain where the Fray Bentos ever stranded. Those who had sponsored 50 euros, were allowed to board and who had donated 250 euros, could sit behind the wheel themselves. We were able to make contact with some relatives of the occupants and of course we have invited them. Including the (grand) grandchildren of the then section commander, Donald Richardson, have already pledged. Out of respect for the fallen, we do not want to make a Flemish fairground and we do not provide drinks and food stalls, but spectators will be welcome. "

Because the tank is not completely finished, the people of the Poelcapelle 2017 Association are still looking for additional funds. If you want to contribute a piece of metal, you can find more information on the Facebook page ‘Tank Poelkapelle’